To be honest, I was in the process of writing something completely different as my next blog post, when earlier this week in the middle of generally parenting the girls, a light bulb went off. Some people know this, others may not, but I suffer from pretty intense mom brain, so my thoughts can come and go before I even have a chance to take them seriously (hence all the effort I put into acting on them in the moment, as mentioned in my last post). When words start popping into my head, if I don’t jot it down in my phone or journal quickly, there is a legitimate chance that they could be gone forever. The same is likely to be true with my extended writing here on Sprinkles of Hinkles. So, when the light bulb went off, and I started actively thinking about a major piece of my parenting style I knew that was what I really wanted to write about next. As they say back home: Gotta get it while the gettin’s good.

As every parent, grandparent, aunt, uncle, guardian (you get the picture) knows, there is no one way to parent. On top of that, it is beyond true that what works for you and your kids may not work for all kids… it might not even work for all of YOUR kids. Parenting styles don’t only vary by people… they vary by week, day, hour, minute (again… you get it). So, please, PLEASE, believe me, the purpose of this post, or any other post like this, is not for me to hold up my parenting style as doctrine. My only goal is to share what I have found works for us, and where some of that stems from, in hopes that maybe some of it can work for you. Truthfully, even my husband and I have different parenting styles. Like… so so different. So, please, take what you can use, and leave the rest, I will not be offended.

Now that I am an adult- I just keep calling myself that in hopes that one day it will actually sink in- I have started to become aware of the things (or people) that have influenced who I am today. Of course, our family of origin often times plays a major role in who we grow up to be, but when you start to take inventory of your personal likes and dislikes, your wants and needs, you might find that you actually ARE a lot like your mother, but you are also a mixture of so many other people. As humans, our experiences shape us, and we often leave pieces of ourselves with others, while simultaneously keeping pieces of them for ourselves. Sometimes this is a good thing, other times not so much. For now though, let’s focus on the good. 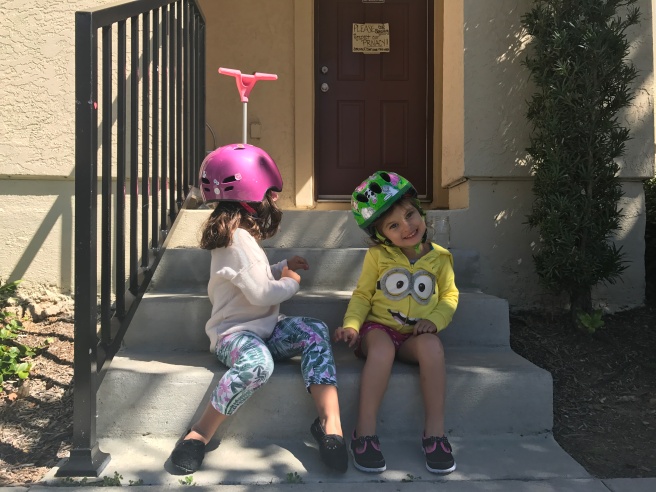 Believe it or not, a major part of my parenting style comes from something I learned in high school. Through out high school, I was heavily involved with our Theatre department… though I wouldn’t go so far as to call myself a theatre nerd. It’s not as if I would make sure my personal class schedule had a theatre class, plus whatever other class our theatre teacher was teaching that semester. I totally did not spend all of my extra time after school in the auditorium with my friends, even if rehearsal was cut short that day. I definitely didn’t geek out over Wicked or Rent, like, ever. Okay, okay. I was a bit of a theatre nerd. And truth be told, I am so thankful I was. Being a teenager kind of sucks (right?) and for the most part I never had to spend much time feeling like I didn’t belong, because our theatre teacher created a “safe space” before it was called that (and before that became a negative thing to have). Some kids find their place on a team, others in a certain part of the courtyard with certain people before and after school. I found my place in my theatre teacher’s classroom and subsequently on her stage, and it’s wings. And so, because of her, I spent some time at theatre festivals, learning about all sorts of theatre related things. But the thing that stuck, the thing I carry with me today, not only in parenting but in so many other parts of my life, is the golden rule of improv: “Yes, and…”

Essentially, when you are part of an improvisational scene (aka you and a partner are kind of making things up as you go) you must always agree and accept what the other person in the scene says. No matter what direction the scene goes in, you have to follow. You know that old saying your parents would say when you did something super questionable at the behest of your friends… “If billy bob jumped off of a cliff would you too?!” Well with improv, the answer is yes. You would. And you would do your best to make it really, really funny if you could.

Honestly, parenting is a whole lot like that. Which is something I think I picked up on probably about half way through the first year of our first daughter’s life. It was around then that I realized that this tiny person had a mind of her own, she wanted what she wanted, and it was in our best interest to find a way to roll with it as best as I could. Of course, “yes, and…” shines brightest during playtime with kids. When you are playing any games, or doing any crafts, following their lead helps them to gain a sense of independence, and encouraging their ideas helps them feel validated in a way that goes further than simply saying, “you’re so smart!” But, really, it can likely work in almost any interaction you may have. 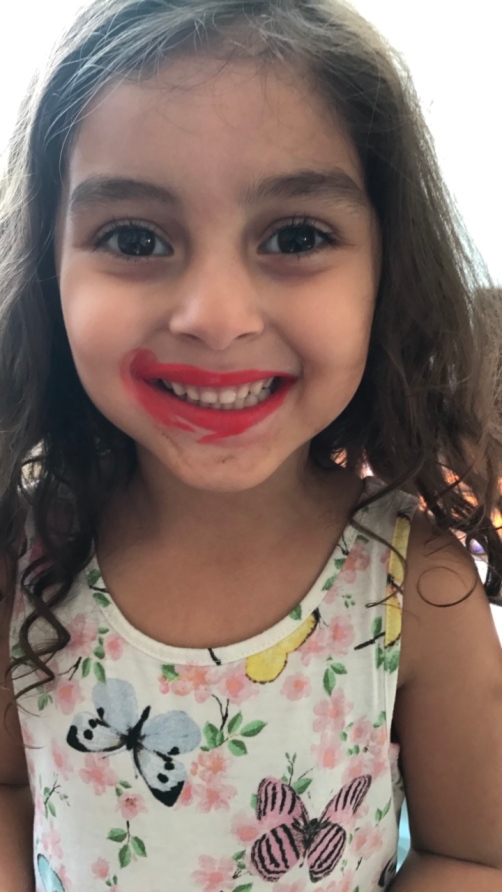 When it comes to our little ones, we never want to be too permissive, so there is definitely a line to walk with this sort of mindset. But basically, before saying no I ask myself why I was inclined to say no in the first place. Before I negate their ideas I genuinely try to make sure that there is a legitimate reason as to why what they want cannot happen, or should not happen in the future. If my answer has anything to do with my own personal feelings (i.e. I am just being lazy, or I’m busy) then I obligate myself to be honest about that. Mostly though, I try to find a way to meet them in the middle by giving them a choice. When it comes to the simple and small things, the answer is almost always yes. If they want to use my lipstick, I let them, as long as they agree to put it right back when they are done. They pick their own outfits. They choose when to stop pouring water in their cups. They can ride their scooters down the block as fast as they want, as long as they don’t go past my designated areas. They can go in our backyard any time they like, go upstairs any time they like, paint and color any time they like, as long as they simply ask me first. But as we all know, there will be times times when we just can’t say yes. Which could either be for their safety, or for our own sanity. For those times, choices can work. By giving a choice, I try to find a way to give a little bit of what they want (that’s the yes part), within the parameters of what I want (that’s the and…)

Lately, Zoey has been obsessed with these small toy animals. I find her sitting alone in front of their mirror giving little voices to each animal, and lining them up on every surface she finds. During her nap time the other day, she asked if she could sleep with them. I thought about it, and told her yes as long as she kept them in a certain area. When it came time for her to go to bed later that evening, to no ones surprise, she wanted to keep the little animals in her bed. And so I asked her to make a choice, she could choose just one, or she could put them all on the dresser. This sounded like: “yes, you can keep one, and put the rest on the dresser, or you can put them all on the dresser, which little animal do you want to pick?” I gave her what she wanted, but also what I wanted.

One of my favorite unexpected side effects of this approach is that I rarely find either of my children unable to follow my own requests. Sure, there are those times where they have a ton of energy, and it takes them a minute to find their way to me, but for the most part, any thing I ask them to do elicits a “yes, mommy” and is done relatively quickly. In some ways I think that children are true masters of the whole “treat others how you want to be treated” so by choosing to NOT constantly negate their wants or make them think their ideas are inherently “childish” they seem to choose to support my needs as well. My biggest piece of advice if you think this is an approach you would like to try for yourself is to give yourself space before saying no. Kids need boundaries, mine have them (more on that later) but they also need to be kids. They need to be little, and sometimes as adults we lose sight of the way they are seeing the world. We lose sight of the value of yes. Imagine how much more wondrous our worlds could be if we let things play out like an improv scene, and chose to smile and laugh along the way.

Is there anything you knowingly keep from your past that informs the way you parent, or even the way you interact with other adults in your life? When I was writing this, I found myself wondering if other people ever think about this stuff… so if you’re not sure, I would totally encourage you to think about it, and let me know what you find! Personally, I plan on making a list in my journal of all the other things I have borrowed from my past, and am super interested to know if other people have found hidden pieces of themselves that they adopted from people or experiences outside of their family and home life. Also, was this post way too long? You can be honest, I can take it! Any and all feed back is welcome!

6 thoughts on ““Yes, and…” (stealing pieces of my past to help me parent)”

What to expect from me: